You are watching a movie on Netflix or Youtube. Then you go to Amazon to buy a present for your loved ones. And If you are reading this article, you probably are coming by searching google, bing, social media like Facebook or Twitter, or simply by accessing directly.

This type of internet browsing is taking place on a layer of the internet called Surface Web. But under this surface, there are many more layers of the internet known as the Deep Web.

The deep web is a part of the Internet which are not accessible through standard search engines like Google, Yahoo, and Bing. The deep web includes pages that are not indexed, private databases, and the dark web.

So What is the Dark Web?

The dark web refers to the online contents that are encrypted and not indexed by search engines. Sometimes, the dark web is also called the darknet.

The dark web is a part of the deep web.

Most deep web content consists of private files hosted on google drive, and its competitors or private databases rather than anything illegal.

But here on the dark web, users communicate through encrypted messages and can buy or sell anything with total anonymity.

It’s been called the “wild west” of the internet because the person operating here in the shadows are extremists and criminals.

Where did the Dark Web come from and how does it work?

Well, firstly the Dark Web is not a place but a term that describes parts of the internet that hide your identity and location.

The Dark Web’s infrastructure was created in the 1970s at the same time the internet itself was created, but to use it you need darknet software.

One of the first and most popular darknet software, TOR( The onion routing ) was created by the U.S. Naval Research back in the mid-1990s to protect U.S. intelligence communications online.

Tor browser bounces our request to enter the site via several computers around the world encrypting and decrypting our identification. And no one knows where the requests are coming from.

Not everyone using the dark web is doing something criminal.

In some ways, this corner of the Internet gets a bad name, and research has shown that many of the darkest things supposedly happening on the dark web have been exaggerated.

That said, it’s well known that many people, mainly the younger generation, go there to buy illegal substances that they may have otherwise procured on the street.

It’s also well known that people with strange inclinations visit this place to chat with others that share their fascination with what we might call the more eccentric aspects of life.

The question is, should you go there?

It’s said that only around 10 percent of the Internet is the Internet as we know it, which means the sites we can all access.

The rest of the Internet is called the Deep Web.

This is naturally where people go when they don’t want to be found online. That might be because they have a store there selling the aforementioned illegal substances, or it might just be because they are living in a country that has very oppressive laws on speech.

On the dark web, you’ll find sites that end with “.onion”.

These websites are not accessible using your regular browser. But you can easily download the Tor browser and before you can say where am I? you’ll be on the dark web. Here you should have complete anonymity.

Should you go there?

Well, firstly you should know that the dark web of course is of interest to authorities. Illegal things happen there, so we can expect authorities to keep an eye on the place.

You should also know that the Tor browser has vulnerabilities. With this in mind, you might ask just how safe is your anonymity?

For people who have been using or used the dark web before, their negative experiences can be found on social media.

Their experience sounded very nasty, and it’s not something we want to recount here. Let’s just say that it involved a video of someone being hurt.

Now, others say this kind of thing is very unusual even for the dark web, but we must remember that it does happen because an Australian man was put in prison for making such videos.

Unless you are sick to the bone, this is not the kind of thing one wants to see in life, so we can say that one reason not to go into the dark web might be because out of curiosity you see something you might not ever be able to forget.

These are the Bad Things that happen in the Dark Web.

The Infamous “Silk Road” MarketPlace was one of the first online black markets where you could buy drugs, guns, and child pornography.

Two years after starting the site the founder, Ross Ulbricht, was arrested in 2013 and sentenced to life in prison for money laundering, drug trafficking, hacking, and fraud.

This was quickly followed by a shutdown of its successor Silk Road 2.0 along with similar sites such as ‘Project Black Flag’ and ‘Black Market Reloaded’.

The Dark Web however is not just an Amazon for illegal purchases. It’s also used by radical extremists to communicate and spread propaganda.

But not all activity going on down on the Dark Web is illegal.

Tor, for instance, receives 60% of its backing from the U.S. State Department and the Department of Defense to act as a secure network for both government agencies and political dissidents fighting oppressive regimes.

The Dark Web as a tool to help journalists uncover the truth was made popular by Wikileaks. Now news organizations such as The New York Times and The Guardian all host Dark Web drop sites for uploading anonymously leaked tips and documents.

It is also helped domestic violence victims, hide from online stalkers and allowed ordinary citizens to surf the web without being tracked by advertisers or even the government.

The question is How you use the Dark Web is completely Up to you.

Don’t do any illegal things. Be careful what you are searching for.

Just keep this in mind:-

“You are being watched by CIA(Central Intelligence Agency), NSA(National Security Agency) and FBI(Federal Bureau of Investigation)“

Arrested Cases from around the world. 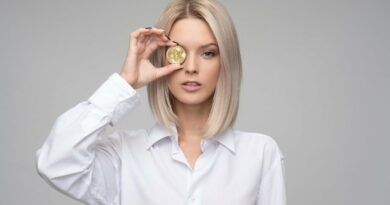 Bitcoin – The First and No.1 Cryptocurrency in the world. 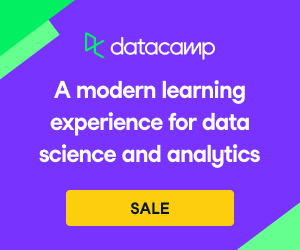