Imagine a world where there are no governments, no central authority, no one to watch what you do online, what you transact online.

Well, this kind of world only exists in the imaginary. But some technologies give us that feature to become decentralized, which means no central government authority is controlling the transactions between people, organizations, or businesses.

Blockchain is one of the technologies that help us achieve that.

Blockchain is the most wanted online DLT(Digital Ledger Technology), and it has the power to eliminate record-keeping databases and saves them from Hacking.

Let us understand in detail about this technology.

When was the concept of blockchain introduced?

Blockchain was invented by a person(or group of persons) in 2008 by the name of Satoshi Nakamoto. The identity remains unknown to the date.

But it is believed that the blockchain was first introduced in 1991 by Stuart Haber and W. Scott Stornetta, two researchers who wanted to implement a timestamp-based document that could not be changed or altered.

As the name suggests, blockchains are the chain of blocks linked with the previous blocks and the block next to them.

Blockchains are a type of database that stores information in a block. The chain of blocks is called a digital ledger. Each block contains a cryptographic hash of the previous block, a timestamp(block creation time), and transactional data(Like how much money to transfer).

Every chain consists of multiple blocks, and each block has three fundamental elements:

When the first block(Called Genesis Block) of a chain is created, a nonce generates the cryptographic hash. The data in the block is considered signed and forever tied to the nonce and hash unless it is mined.

The block time is the average time it takes for the network to generate one extra block in the blockchain. Some blockchains create a new block as frequently as every five seconds. By the time of block completion, the included data becomes verifiable. The block time for Ethereum is set to between 14 and 15 seconds, while for bitcoin it is on average 10 minutes.

One of the most important concepts in blockchain technology is decentralization. No one computer or organization can own the chain. Instead, it is a distributed ledger via the nodes connected to the chain.

Nodes can be any kind of electronic device that maintains copies of the blockchain and keeps the network functioning.

Every node has its copy of the blockchain and the network must algorithmically approve any newly mined block for the chain to be updated, trusted, and verified. Since blockchains are transparent, every action in the ledger can be easily checked and viewed. Each participant is given a unique alphanumeric identification number that shows their transactions.

Combining public information with a system of checks-and-balances helps the blockchain maintain the integrity and creates trust among users. Essentially, blockchains can be thought of as the scaleability of trust via technology.

Miners create new blocks on the chain through a process called mining.

In a blockchain every block has its unique nonce and hash, but also references the hash of the previous block in the chain, so mining a block isn’t easy, especially on large chains.

Miners use special software to solve the incredibly complex math problem of finding a nonce that generates an accepted hash. Because the nonce is only 32 bits and the hash is 256, there are roughly four billion possible nonce-hash combinations that must be mined before the right one is found. When that happens miners are said to have found the “golden nonce” and their block is added to the chain.

Making a change to any block earlier in the chain requires re-mining not just the block with the change, but all of the blocks that come after. This is why it’s extremely difficult to manipulate blockchain technology. Think of it is as “safety in math” since finding golden nonces requires an enormous amount of time and computing power.

When a block is successfully mined, the change is accepted by all of the nodes on the network and the miner is rewarded financially.

As a peer-to-peer network, public blockchain ledgers can be managed autonomously to exchange information between parties. There is no need for an administrator. In effect, the blockchain users are the administrator.

The second form of blockchain, known as private or permissioned blockchain, allows companies to create and centrally administer their transactional networks that can be used inter- or intra-company with partners.

Why is there so much hype around blockchain technology?

There have been many attempts to create digital money in the past, but they have always failed.

The prevailing issue is trust. If someone creates a new currency called the X coin, how can we trust that they won’t give themselves a million X coins, or steal your X coins for themselves?

Bitcoin was designed to solve this problem by using a specific type of database called a blockchain. Most normal databases, such as an SQL database, have someone in charge who can change the entries (e.g. giving themselves a million X dollars). Blockchain is different because nobody is in charge; it’s run by the people who use it. What’s more, bitcoins can’t be faked, hacked, or double-spent – so people that own this money can trust that it has some value.

To move anything of value over any kind of blockchain, the network of nodes must first agree that that transaction is valid, which means no single entity can go in and say one way or the other whether or not a transaction happened.

To hack a blockchain, you wouldn’t just have to hack one system like in a bank, you’d have to hack every single computer on that network, which is fighting against you doing that.

We can not say, it is not hackable, but we can say this is the best secure-technology available today.

These are the fields where Blockchain is implemented 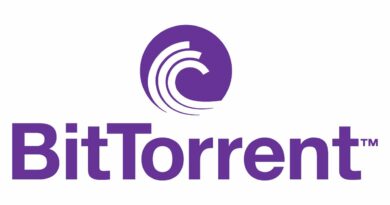 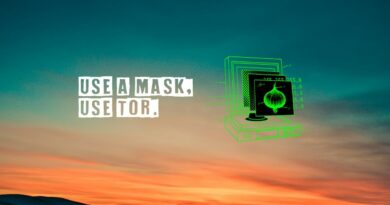 What is TOR? How TOR Works? 3 Reasons Why You Should use it.